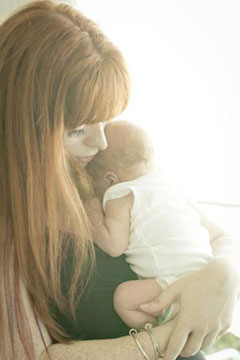 I suppose I'm a bit of an anomaly, as my original plan for children was to have them on my own (I have a bit of an independent streak.) Life plans never seem to work out the way you envision, and I ended up having my first child with a former partner. The relationship ended, but I knew I wanted another child. Of course there were the practical considerations, as I didn't want too much of an age gap, and at the same time, I didn't want to deal with the extensive emotional, legal, and financial costs if I met someone else and it didn't work out.

I started researching donor sperm, but as a Canadian who also had specific requirements, the options were increasingly limited. Since I live near the border, I started looking into American banks. While my clinic was happy to use whatever bank I wanted, they recommended CCB. The site was easy to use and had the widest variety of donors. I got the level 2 subscription, and was able to find a donor who met all of our criteria (and had some pretty cute baby photos!)

The clinic in the States worked with my doctor at home, and I was lucky and succeeded on the first try. I had a healthy pregnancy, and then my son was born. He's now three, and just such a wonderful addition to my family. He looks identical to my father in baby photos! Both of my children are so loved and accepted by my family. They get up to all sorts of mischief when they're together, and are great friends.

It was so much easier having a child on my own, and I love having the autonomy to make parenting decisions - everything from how to announce my pregnancy, names, to what swim lessons he'll be enrolled in. I'll admit, I was a little concerned about breaking the news to my parents about having a child in such an unconventional way. They came around pretty quickly though, and my father flew into town on the day he was born.

We've also been in contact with one of his donor siblings, who we found on the CCB sibling registry. It's so much fun to see them both grow and what they have in common. I view it kind of like a "cousin" relationship, and I'm so happy my son also will have those connections when he's older. When I reported the birth, CCB sent me hard copies of the donor's baby photos and health information to keep in my files, so I also have that to show him when he asks.